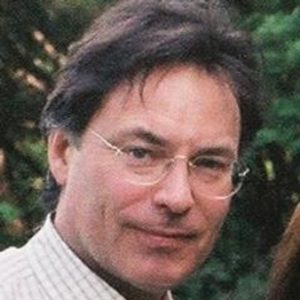 I want to be on the board of WBAI because I think it is essential that WBAI grow, strengthen and thrive to perform the role that only a truly listener supported public radio station like WBAI (eschewing corporate-mindset sponsors) can: Offering a variety of rich and wide-ranging counter narratives to the constrained and in many ways often destructive memes of that pass for “public discourse” in the mainstream corporate media.

On an X Y axis, the content of WBAI should, on the one hand, be about what is most critical to the public interest, and, on the other hand, it should provide the information and insight that tend to be most buried and censored today by the monied interests controlling most media access. I envision WBAI as a discovery porthole through which any listener tuning in can discover what they are unlikely to discover elsewhere and is important to their understanding of the world, its past, and our possible futures. That includes regularly providing pointers toward sources for further information and exploration (including other WBAI and Pacifica programming).

WBAI programing should be alert for the fresh, new and surprising that will enthrall listeners and keep them curious, turned in and coming back for more. At the same time history lets us connect the dots to hold power accountable and put the present in context. We need to be able to depend on WBAI to transgress conventional media boundaries, escaping the usual ruts other media falls into (while not falling into ruts of our own). The most effective guide star for escape?: integrity!

Let’s recognize how powerful it is that the New York metro broadcast area WBAI serves is the nation’s largest. Furthermore, New York is a hub of media production and WBAI needs to respond to the culture based here with a meta-awareness and media-literate criticality of how
ork-based media institutions don’t serve the public faithfully. This could be great fun, liberating and involving for our audience. It could also launch syndication of several nationally relevant programs. Similarly, WBAI broadcasts should showcase the best nationally relevant Pacifica programs ..

But, WBAI also needs to take advantage of the rich local flavor of New York for programming that addresses local issues. WBAI needs to distinguish itself by sinking its teeth into local news coverage, because local news coverage in NYC is embarrassingly poor, so much of it bowing to influence, ownership and control of the real estate industry, which is to local politics what oil money is to national politics.
Lastly, and quite important, there are many reasons why WBAI needs to continue broadcasting its signal terrestrially to the New York metropolis via its antenna. Reasons that get discussed too little are that dissemination of thoughts and ideas and real time building community in such fashion is less subject to surveillance and cannot be throttled, censored or neutralized by internet algorithms, or if net neutrality is abolished.