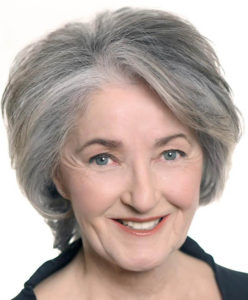 I’m Katherine O’Sullivan.  I want to serve on the board of WBAI because I believe I would be an asset.

Increasingly our news sources are narrowing. The stories covered become more homogenized, as corporations gain control of our collective narrative. WBAI still tells the stories of the diverse and underrepresented voices. We need to keep WBAI a democratically controlled on-air radio station.

This year, the Inwood rezoning lead to my being a guest on WBAI’s The Morning Show. This was the only radio station to air opinions other than those promoted by REBNY and New York City’s current administration (perhaps they are one and the same?)

Our city and indeed, our world need an antidote to the corporate greed destroying everything in the name of profit. I believe WBAI is a part of this antidote. I would like to see the station’s listenership expand.

Other organizations lam currently involved with are Northern Manhattan is Not 4 Sale, a coalition of Northern Manhattan community groups, Neighborhoods United, through Moving Forward Unidos, Citizens Defending Libraries through Save Inwood Library and Alliance for a Human-Scale City through Inwood Preservation.