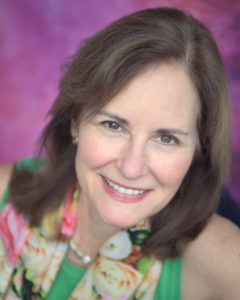 My name is Carolyn McIntyre.

As a social worker, therapist, and Co-Founder of Citizens Defending Libraries, I am actively dealing with social and environmental justice issues in the face of growing inequality and the disempowerment of diverse community voices.

I see WBAI as having an increasingly important role in providing a forum for underrepresented voices. The WBAI market is the largest market and with listenership much lower than what it used to be; there is much that can be done to change that.

My husband, Michael White, and I have hosted forums on Where Do You Get Your News, Voter Disenfranchisement, and the Sell-Off of Public Assets including public libraries, NYCHA housing, public parks and public schools. We have been a supporter and contributor of WBAI and have been guests on the WBAI Morning Show. It is an integral part of my social work values and personal ethics to value the worth of all as well as the environment and fostercompassion, the felt sense that we are all connected.

I seek to keep WBAI on the air and listener supported, protecting it from exploitative real estate contracts, protect the signal from being sold off, providing outlets for whistle blowers and under-represented democracy protectors.

I would like to greatly expand the WBAI memberships and listenership, grow the volunteer culture with live events and events live streamed from places like The Commons and regain grant money from Corporation for Public Broadcasting.

I am an Army and DoD Veteran and a social science advocate. I have seen the damage done by political dogmatism, partisan tribalism and polarizing ideology, from our damaged neighborhoods here at home to diverse locations around the world, from South America, Africa, and the Balkans, to the Middle East and Central Asia. It has hurt us here at home, on almost every front and issue. Our very ability to have conversations and to reason critically, is under attack by rigid ideology and politically dogmatic modes of thinking. I am tired of seeing political dogmatism get a free pass, while science, free thinking and reason continue to be pushed to the margins of our political conversations by the Left and the Right.

I am fighting a homefront battle for a revival of reason and scientific thinking within American politics and ideology.

I’m working – from the pub and street corner to the halls of academia and activism – to help build a movement around this aim, and I offer solidarity with anyone who wishes to collaborate or express a similar aspiration.

It is time that the values of science, free thinking and skepticism are given a more respectable platform. A more widely shared platform alongside the narratives of Left and Right ideology and dogma which have traditionally monopolized our political discourse and policy conversations.

In short, we need to intellectually break up these monopolies, on the Left and on the Right. In doing this, we would be striving for a kind of creative destruction through the power of new ideas and fresh discussions, by challenging the role of dogmatic political ideology at its very roots. This would be intellectual innovation across every form of media and every hall of discussion. We should work to shake the status quo, and wake up a sleeping giant of closeted free thinkers and frustrated rationalists across the American landscape.