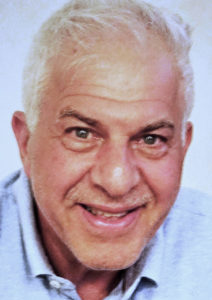 This says a lot as why I listen to WBAI and why I am running to be on the LSB.

My name is Jack DePalma and have resided in Brooklyn, New York all my life. I have been a WBAI listener since 1968 and a volunteer and financial supporter for over ten years. I worked with Yvonne Singh on Wall St mailing CDs, books, and other premiums before Superstorm Sandy. Three days after the storm, I visited downtown to observe the damage done as a result of the storm surge to the building where WBAI was located. And then helped pack up, clear out, and move the radio station off Wall Street when our inability to raise money for supporting and maintaining the broadcast without internet and telephone service became clear. I continued as a volunteer and financial supporter of WBAI since the station has moved to Brooklyn.

I am a retired science teacher formerly employed for more than thirty years in the NYC Department of Education. At Brooklyn Preparatory HS I was educated by teachers and Jesuits who knew the Berrigan Brothers. I earned a BS in Physics at Brooklyn Polytechnic in 1974, and in 2003 an MA in Science Education/General Science from Brooklyn College.

As a long time listener I want WBAI to be the station of choice for good radio and honest reportage for the underserved New Yorkers. Few sources of information are open and free of corporate money. Yet, like others, I cannot spend the time to read a detailed newspaper each day looking for stories that should command my attention. Too much of commercial radio, TV and cable outlets are not up to speed in these times. Do they share valid, useful insights of ourselves, of others; how can they gain my precious attention, earn my trust? The Iraq war was the last straw, the best example I can cite as why those information sources are tainted by corporate and nationalistic commercial funding. And so we are the New York City version of a non-profit radio station affiliated with the Pacifica National Network. Maybe the best chance for those who hope for accurate messages that are useful and relevant and cutting edge entertainment too.

I chaired the WBAI CAB for longer than a year insuring that the WBAI CAB has met monthly for the last year regularly. I am hoping to assist in the continued development of WBAI as the informative live radio station in New York City and continue to be a part of the community that supports WBAI and Pacifica.

Together we must strive for and succeed in the broadest based, democratic control of this radio station and network by progressive minded staff and listeners. In the recent past, listener supporters, volunteers and staff have worked together and independently to move the station to CUNY and then Brooklyn