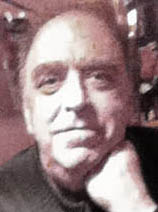 My name is Michael Lardner.

I look forward to the opportunity to be of assistance to WBAI-FM as part of the Local Station Board for a number of reasons.

As the person who has taken on many of the tasks required to keep the Marxist Education Project alive since the Brecht Forum closed May of 2014, I have come to know a variety of the individuals involved with the activities of the station. For more than four years during the MEP and WBAI having co- residency at The Brooklyn Commons, the hard work behind the struggle to keep the station alive as an essential part of the New York City cultural scene has been apparent. I appreciate the efforts of all those I have witnessed living up to the many challenges, both within the organization and from the outside, the multiple financial difficulties similar to those facing all left institutions in the US of today.

Broadening the listener audience has the greatest ranges of tasks facing the staff, the board and the supportive listening public the station has. From my experience in broadening the curriculum of the Marxist Education Project (as the continuation of The Brecht Forum and attempting to be relevant to new generations), I feel that I have experience in opening new doors while at the same time helping to keep the broad WBAI community united as much as possible so as to survive and grow in the coming year and beyond.

From the programming experience that I have both at The MEP and other experience that I have from the print communications world I would also like to advocate for the station developing a larger internet presence that can make WBAI a voice beyond New York and become a destination for past, present and future content for potential listeners the world over.