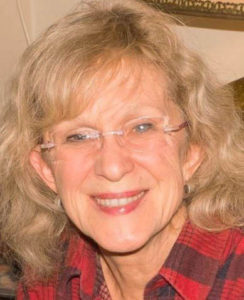 My name is Marilyn Vogt-Downing. Why am I running for an LSB position?

Because I want the LSB to do its job and implement its responsibilities. What is its job? The Pacifica Bylaws define 13 “Powers and Duties” (enumerated as A – M) of Local Station Boards. At least eight (8) of these are not being done and must be done. They are as follows:

To prepare an annual written evaluation of the station’s Program Director.

To work with station management to ensure that station programming…is responsive to the…needs of the listeners…and communities…served by the station, and that station policies and procedures for making programming decisions …are…fair, collaborative and respectful….

To assist in station fundraising activities.

To actively reach out to underrepresented communities to help the station serve [them]….

My goal on the LSB would be to see these tasks are carried out.

I am a firm opponent of any scheme to involve WBAI (or any of the Pacifica stations) in any Lease Management Agreement (LMA) by any name, including any scheme to dissolve WBAI into the Manhattan Neighborhood Network. These would mean the end of the station. The debts would remain but the listener community would not. If the authoritative bodies–including the LSB–do their jobs, we can emerge from our crises.

My personal information: I have volunteered at WBAI in many capacities over the past years, including

1) 2013-2017: Worked addressing listener premium complaints.
2) 2015: Helped convince management to allow for simple donation to be made at our website.
3. 2016: Helped win the installation of a working postage machine so that high stacks of unsent premiums could be sent out to donors.
4. 2016-17: In a team of 4, won the 5-station audit fund drive that on March 2, 2017, raised $250,000 to pay for the audits required to receive government funds.
5) 2017: Organized a committee of volunteers who worked with the IED to try to raise funds to pay the back debt for the transmitter.

Besides being WBAI volunteer and listener, I am a long-time socialist, activist, journalist and translator and a member of the United Federation of Teachers. I taught economics and foreign policy to NYC high school seniors as part of a 26-year teaching career.